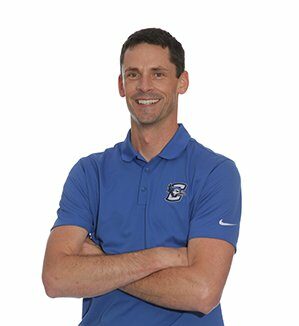 A poor running program causes more running injuries than most people realize.  Most running injuries are due to training errors and therefore considered preventable.  I was excited to sit down with Creighton Cross Country Coach, Chris Gannon, to discuss Programming for the Runner. I have been able to collaborate with him while rehabbing a couple of his runners while serving as the sports chiropractor for Creighton University Sports Medicine Team.

This is the first interview in my Running Series where I talk with local experts to address common problems that plague runners. Poor programming issues is a big issue with community runners. Too many times I see runners in my office strictly because of training errors. For example, A runner has had an extended layoff, and when getting back to exercise they push it way too hard, way too soon. They end up injured before they even really get started. The best way to address running injuries is through prevention. I like to discuss running injuries using the ‘Rule of Too’s’

RULE OF TOO’s: Injuries happen when Runners do too much, too soon, too hard, or too often

Check out the video, Programming for the Runner. I time stamped some of the key questions.

Introduction: Coach Gannon brings an interesting background to training distance runners. Personally, he was not a distance runner but instead focused more on sprints and jumps. This is where he also got his coaching start. He has a master’s degree in human performance and is a self-proclaimed “exercise science dork”. He felt confident making the switch to distance coaching with his strong background in biomechanics and exercise science.

What are the some of the biggest pitfalls with runners and their training? (4:07)

Many people do not realize the work it takes to run 26 miles while others approach it so aggressively that they are often burnt out or injured. Running 4-6 days per week is necessary and allows some time for longer runs.

Book Reference: Hanson’s Half Marathon Method – Coach Gannon shared this as a resources for runners who do not have a coach. There are books for both half marathons and full marathons complete with training programs.

13/14 or 6/7 Rule: Coach Gannon uses these rules with his collegiate runners at Creighton.  1 day each week his runners take a day off from running to allow for RECOVERY.  This day off is in addition to Wellness Wednesdays.

Coach Gannon does not hold practice on Wednesdays. This allows for recovery between what are typically the hardest workouts of the week on Tuesday or Thursday or allows for rest prior to a race weekend. Running, Yoga, Swimming – no defined workout.

“Be Active and Listen to Your Body.”

What else are you doing that you have implemented given that you are working with student-athletes? (15:15)

“We get better on our hard days, not our easy days. Not every run or day of running is designed to bring out your best.”

Minutes are more useful than miles when programming the runner. Using time rather than distance allows his runners to naturally differentiate how they feel that day. Push it on good days and pull back on a rough day.

Miles is just a tool of measurement!

“Your body, your heart, your legs, have no idea what a mile is. It only knows how hard you worked and how long you worked.”

What are the biggest difference between the high school, community, and collegiate runner? (27:15)

The biggest difference is the commitment level between a high school and college runner. All the little things that make a big difference like form, drills, foam rolling, and taking care of their body.